Ric Flair: Thanks For The Memories 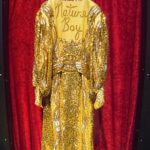 This image was originally posted to Flickr by simononly

As the press build up progressed for the Ric Flair 30 for 30 it took me back to the days my youth. So many Saturday afternoons and Saturday nights were devoted to wrestling or “raslin” as my Big Mama called it.

Watching Nature Boy on ESPN was like being in a time capsule. Matches with Dusty Rhodes…The Four Horsemen…Sting, it was the best thing about being a kid in the 80’s.

Sure we watched the WWF & the Saturday morning cartoons that featured their wrestlers. And late on Saturday nights we watched World Class Championship Wrestling taped at the Sportatorium in Dallas. But it was the NWA and Ric Flair that brought the most not and excitement to me and my friends. Sometimes my Mom made popcorn and let us jump off the couch to mimic the moves of our heroes.

I can’t say that I learned a lot watching Nature Boy, because I knew I was witnessing greatness as it was happening. It wasn’t as compelling as What Carter Lost, a story I also knew well but contained more surprises. It was nowhere near as spellbinding as Best of Enemies, another sports stroll through the 80’s.

But Nature Boy took me to a place I hadn’t been in a while and that made for a nice 90 minutes or so. And even still, Ric Flair is the best thing going, today….WHOOOO!!!