Essence Festival Goes Down in Houston

This year’s Essence Festival was definately a different experience than those held in New Orleans; the topic was on everyone’s lips. But I believe there was more substance to the event held in Houston, than those of New Orleans. The so called “Party With A Purpose,” was short on party and high on purpose. In contrast with the Crescent City where the party comes to you, one had to go looking for a party in the Bayou City. With the concerts and seminars all at Reliant Park, we never left a small stretch of I-610 and Hwy. 288.


The main deliverable to come from this year’s festival was the launch of Essence Cares “A Call to Action to Heal Our Youth.” At the Saturday Night concert, Essence Editorial Director Susan Taylor and the Essence Staff introduced the initiative that calls for the community to help reverse the negative trends that are plaguing our African-American Youth. A moving video featuring admonitions from the likes of Harry Belefonte, Oprah Winfrey, Terrence Howard, Spike Lee, Mariah Carey (yes Mariah Carey) encouraged black folks to grab hold of a child, involve themselves in the political process, and the shaping of public policy. Finally, Ms. Taylor unveiled “A Pledge to Rescue Our Youth” written by Maya Angelou. The pledge was recited throughout the weekend. 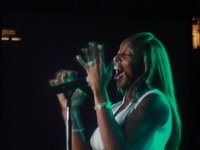 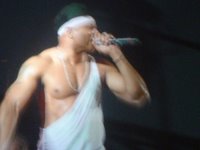 Sunday’s seminars started with a church service led by Pastor Donnie McClurkin that was surprisingly full considering the concert didn’t let out until after 1 a.m. Again, with so many great speakers lined up there just wasn’t enough time for everyone to get into their message. Congresswoman Barbara Lee, the only member of Congress to vote against the U.S. military operations in Afghanistan following the attacks on 9/11, was on tap for the afternoon as well as Iyanla Vanzant, Jamie Foxx, and Danny Glover. Marc Morial, President of the National Urban League spoke on how the powers that be in New Orleans are doing everything they can to change the racial makeup of the city as it rebuilds. From knocking down all public housing, even those not damaged by Katrina, to laying off teachers and closing schools, there are many issues yet to be resolved in New Orleans.

One of the more interesting moments of Sunday’s seminars was probably comedian Mo’Nique’s attempt to clarify comments that she made in Essence Magazine regarding her “open marriage.” Mo’Nique spent the better part of her 20 minutes trying to sell the audience on how it is better to be honest with your spouse when you have the desire to be with someone of the opposite sex, than to lie to them while cheating behind their backs. Rev. Marcia Dyson, host of the afternoon seminars and wife of writer/author Michael Eric Dyson was not convinced. Mrs. Dyson made it clear, that if she saw anyone stepping to her man, there would be consequences and repercussions. 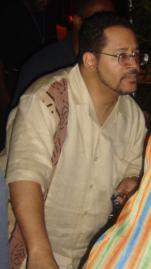 Sunday’s Concert began with an uninspired performance by Jaheim. After using most of that time to check out Reliant stadium and a couple of the lounge acts, we made it back to our seats in time to catch New Edition, featuring a reunion with the Bad Boy of R&B (or the King of R&B if you are Whitney Houston) Bobby Brown. New Edition ran trough classics like Can You Stand the Rain, N.E. Heartbreak, and Mr. Telephone Man, as well as Bell Biv Devoe Hits. Bobby joined the group for two numbers before running off stage. That’s when things got crazy. For some reason, concert organizers gave B. Brown 30 minutes of solo time and well, Bobby was Bobby. I don’t have enough space in this blog to tell you everything that Bobby said and did that was weird, inappropriate, or just plain crazy. But let’s just leave it at the fact that they had to close the curtains on the man while he was performing nearly an hour after he took the stage. However, Bobby being Bobby, slid under the curtain and led the crowd in an acappella rendition of My Prerogative, before his microphone was cut off. The night ended with the Pioneers of Hip Hop and appearances by The Sugar Hill Gang, M.C. Light, Whodini, Doug E. Fresh, and Slick Rick. 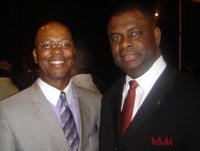 Monday was a special day for my wife and I, as one of our close friends was able to hook us up with backstage access to the seminars. All afternoon we mixed and mingled with Congresswoman Sheila Jackson Lee, Mayor Ray Nagin, Common, Jill Scott, Shemar Moore,
South Dallas’ own Min. Jeffrey Muhammad
and Min. Robert Muhammad Jennifer Holiday and others. I spoke with Congresswoman Maxine Waters, who has to be one of the nicest women in America, about her trip to Dallas a few months ago.

The highlight of the day and possibly the entire event was the closing address given by the Honorable Minister Louis Farrakhan. Fortunately, time limits do not apply to Minister Farrakhan and he went off for an hour and a half addressing the needs of our people, and urging us to heal our minds, and our bodies, and our overall image. Much of the ministers’ message came from Bible, both Old and New Testaments, even asking the question “Was Moses an integrationist?” 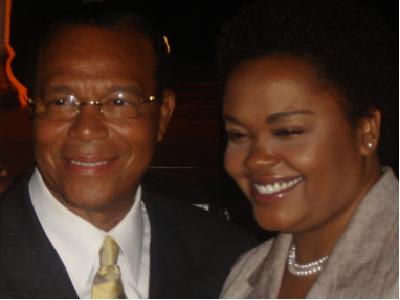 Farrakhan urged the sisters in the audience to take more care in the way that they dress, and to not refer to themselves as being sexy, as it promotes the wrong mindset. Min. Farrakhan also chided rappers who call women bitches and hoes, then upon winning an award, take the stage and say “I’d like to thank my Lord and savior Jesus Christ.” As an orator, Farrakhan has no peer, at times hammering the lectern as he brought home a point, and at other points he was barely audible, such as describing how his mother tried to abort him on three separate occasions.

The 3 Days I spent at the Essence Festival seemed like a week, as there was plenty of great music, exciting speakers, and important information. I do look forward to the day when Essence can once again call the Superdome home, if for no other reason than for better acoustics at the concerts. I do promise to follow the ESSENCE CARES initiative, and encourage all of you to sign up as I did this morning. It’s not time to get to work, and we will have to succeed one person at a time.