The following is a letter from Dallas Mayor Tom Leppert that is being sent out to Dallas municipal voters this week. Tomorrow I will post a Question and Answer document that will accompany Mayor Leppert’s letter. 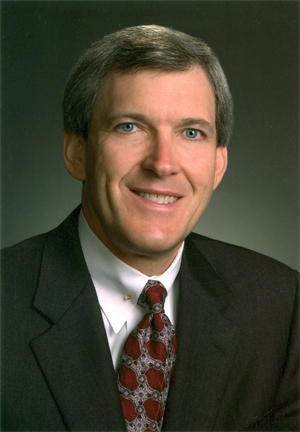 As you have probably seen, there are a lot of rumors, mistruths and, most unfortunately, personal attacks being circulated, all around the convention center hotel. These radical changes to our City Charter won’t affect the California agency that made the attack ads -but they will impact you and me.

That’s why I wanted to write you and personally address these attacks, and give you myperspective on the hotel referendum.

This election is not about politics, personal attacks or your right to vote. It’s also not about your city services being threatened since the hotel would be funded using low-interest bonds that would be repaid by revenues from hotel guests.

The May 9 referendum is about our city’s financial future. It’s about jobs, new opportunities and the economic growth that we so desperately need right now. And it’s about competing for valuable new tax revenues, and lifting the ever-growing tax burden from the shoulders of our homeowners.

Here’s why I think building the hotel now, under the current plan, is the right decision for our taxpayers:

Let us compete for tourism. Nowadays, a city must have an attached convention center hotel to compete nationally and draw the largest U.S. conventions – those attracting 20,000 to 50,000 visitors. Until the Council’s recent approval, Dallas was the only city of the top 22 U.S. convention markets without a convention center hotel announced, under construction or completed. It’s simple. Convention tourism brings our city $2.6 billion in annual economic impact – if we are going to compete to keep these critical dollars, we must have the attached hotel.

Protect our $1 billion investment. The Dallas Convention Center is a $1 billion investment for the city that yields us billions in economic impact every year, but keeping this asset healthy and viable for the long term means adding the attached hotel. If we don’t add the hotel, our convention center will become obsolete, and not only will we lose the billions in economic impact, but our taxpayers will be left to carry the debt and maintenance on the convention center at an estimated cost of $14 million per year.

Keep property taxes low. Over the past few years, the percentage of our total budget that falls on Dallas homeowners is creeping up – in fact, in our current budget, property taxes account for nearly 45% of our City’s total revenues. The best hope for easing this burden is to grow sales tax receipts. One of our best opportunities to do that is through convention business – but we can only do that if we have a convention center hotel.

Our Convention & Visitors Bureau already has booked 13 city-wide conventions in the new hotel – but for us to realize the millions in revenue these conventions will bring, we must build the hotel now.

As a businessman and a mayor who cares deeply about our city and our future, I can tell you that the current hotel plan is the result of thousands of hours of study, hundreds of hours of public meetings, and it is a smart, fiscally-responsible investment that allows us to use tax revenue bonds to capitalize on a very favorable bond rate and pay the lowest amount of interest on a project that will yield a great return for our city.

The opponents of the hotel would like you to believe that this is a bad deal for taxpayers, or that the citizens of Dallas have not had a voice – but nothing could be further from the truth. In fact, the biggest risk for taxpayers is if we don’t build the hotel, because they will be left to carry our growing tax burden.

But at the end of the day, you must decide who has our city’s best interest at heart: your mayor and the overwhelming majority of our Dallas City Council, every major Chamber of Commerce and hundreds of business & community leaders – or a slick California ad agency who’s using a paid actor to deliver their message.

I ask you to look past the manipulation and mistruths, and to have faith in our city’s can-do reputation for fiscally-responsible, successful public-private partnerships that increase our tax base, boost sales tax receipts and create jobs.