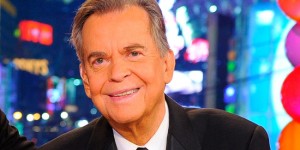 Update: Clark’s rep tells TMZ, the TV icon had been in St. John’s hospital in L.A. after undergoing an outpatient procedure last night. Clark suffered the “massive” heart attack following the procedure. Attempts to resuscitate him were unsuccessful.

Details surrounding his death are unclear, but Clark had suffered a significant stroke in 2004 — forcing him to retire from his hosting gig at “New Years’ Rockin’ Eve,” which he created in 1972.

Ryan Seacrest took over in 2006. Dick has co-hosted the show ever since.

Before suffering a stroke, Clark told Larry King he suffered from Type 2 diabetes.

Clark has been married 3 times — and has 3 children from his first two marriages. He is survived by his current wife Kari Wigton.