On Saturday, the Dallas Morning News ran a column written by Miami Herald columnist Leonard Pitts, Jr.  The title was You will never get a Twitter (tweet?) from me.  Here are some of the highlights from Pitt’s column:

I hate to see Pitts come off as an anti-technology curmudgeon on this one.   Especially since about a month ago, conservative columnist Mark Davis used a similar space to extol the greatness of Facebook. 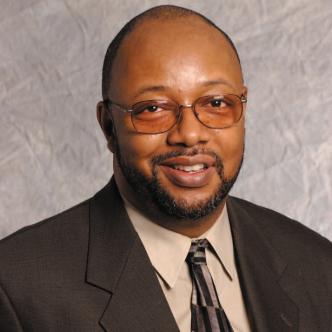 I’ve been tweeting for about a year now, and I admit I don’t use Twitter nearly as much as I used to.  But I still see the value of the social media/instant messaging combo platter.

Pitts devoted a large portion of this column to people who follow folks like John McCain, Ann Curry, or Roland Martin.  While his question of why anyone cares whether or not Ann Curry’s toes are cold is valid, Pitts must also realize that the majority those who twitter are not famous.  I’m much more interested in what rawdawgbuffalo, Gem2001, or janetmorrison are up to.

Part of the are of Twitter is being interesting, witty, and informative all in the confines of 140 characters (remember Haiku).  And now that most of us link our blogs to our Twitter feed, sometimes I just troll for interesting articles and posts.

While much of the mainstream media is just now picking up on Twitter, it’s almost too late to make such an observation since for many of us Twitter is more of a hobby than the passion it was back in the day (AKA 6 months ago).

What Twitter is still good for is live events and keeping folks up to speed on important occurances more so than what type of cereal I’m going to eat this morning.  The same type of evolution occurred with blogs.  I remember seeing a story on Fox News about two years ago saying that the blogging phenomenon was about to top out because now one really cared any more.

I enjoyed Tweeting with friends while watching the Obama Press Conference a few weeks ago.  And Last week I used Twitter to convey my experience speaking with legislators at the State Capitol during Orange and Maroon Legislative Day.  One of my readers spoke with me about my schedule and how bored I was waiting for the Texas House to read a resolution.

Pitts was pretty hard on those who embrace social media tools like Twitter.  He said “many of us don’t have a whole lot to say. Unless, that is, you find some socially redeeming value in banality, cruelty and crudity, which have become ubiquitous.”  While all of those characteristics can be found on the web, that’s not what keeps most of us coming back.

I hate to hear Mr. Pitts doesn’t want to Tweet with us, but I’d suggest embracing some other form of social networking.  The failure to adapt to the trend, or more specifically the changing taste of consumers, is a big reason why the mainstream has been late to the party.

Twitter is not for everyone, but just because it’s not a personal preference doesn’t mean you have to poo-poo on our 140 character parade.  Or in other words:

@LPitts If u tried Twitter maybe you’d like it. i’m not interesting either, that’s the point. social media puts us on the same level.holla