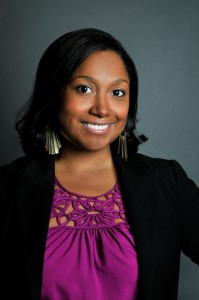 Joel Dreyfuss departed The Root at the end of November 2011 and was succeeded as Managing Editor by Sheryl Huggins Salomon, who had been The Root’s Deputy Editor.

Lauren has been Associate Editor of The Root since the Fall of 2010. Having previously been an editor at AOL Black Voices, Stereohyped, and MenuPages, as well as a reporter at The Daily Press in Virginia, Lauren brings a wealth of experience in journalism, online media, and editorial management to her new role as Deputy Editor.  Lauren will be based in The Root’s DC office.

Lauren has a B.A. from the University of Virginia and an M.A. in Magazine, Newspaper and Online Journalism from the Newhouse School of Communications at Syracuse University. She also studied cuisine at Le Cordon Bleu in Paris, and loves to show off her cooking skills to friends and family — when she can find the time!