Kevin Ross Part 2 – All White All the Time

ALL WHITE, ALL THE TIME 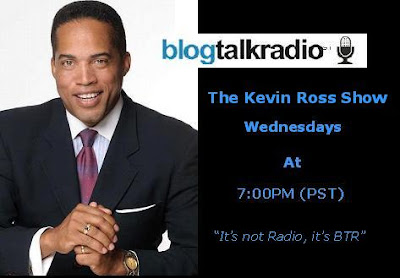 This “preference for white” in Los Angeles, the second largest media market in the country behind New York, is nothing new. With Elder’s absence, however, the racial disparities now go beyond jarring. Of the six talk outlets, not one has an Asian, Native American, Latino, or African American holding court on the dial during the week.

There are 48 individuals being given incredible opportunities to make hordes of cash and hold sway over public opinions on the issues facing the nation. Of the cast of characters, 38 are white men, mostly over 40, and frequently accused of demagoguery. White women make up the rest, equally split in terms of their political ideology and two not sharing top billing with their male co-host.

Among the six, only CBS owned KLSX 97.1 is on the FM dial. While more entertainment focused with the likes of child actor turned train wreck Danny Bonaduce, or the outrageous Tom Leykis, the absence of non-white lead talent is still glaringly apparent. In that sense, listening to KLSX is like watching eleven seasons of ABC’s The Bachelor or Bachelorette series.

When President Barack Obama talked change coming to America on the campaign trial, was this one of the examples he was referring to?

Most answers come hastily with a resounding yes.

But this issue is not just a West Coast phenomenon. Across the country, public financed and privately held stations are banishing minorities to the unemployment line in favor of nationally syndicated hosts like Sean Hannity and Mark Levin. According to the blog Urban Radio Nation, the only black talk radio stations in the United States are WVON Chicago; WURD Philadelphia; CBS Radio’s WAOK in Atlanta and Radio One’s WOL in DC, WOLB in Baltimore and WERE in Cleveland.

Journalist Michael Meyers, Executive Director of the New York Civil Rights Coalition, actually began tabulating and analyzing radio stations’ managers’ responses to an employment survey of non-white talk show hosts in the Big Apple eight years ago. “The facts are that AM Talk radio stations all around the country have and continue to broadcast only whites,” asserted Meyers.

“The results of the survey surprised us,” he continued, “because of the stated and/or assumed emphasis on diversity in other media such as TV and newspapers. There are, for example, non-white journalists, columnists and editorial staff/ board members at every daily newspaper in New York; and there are non-white talk show hosts, anchors, and commentators on TV.”

Well, that was until the Tribune’s, McClatchy’s and News Corps’ started letting these individuals go as they attempt to weather bankruptcy, or write-downs of $21.7 million and $6.4 billion respectively.

Is it any wonder then that Meyers’ findings continue to fall on deaf ears? Flagrant discrimination based on race on the airwaves still exists even as America pats itself on the back for electing the nation’s first African American president.

Moreover, on-air diversity is actually receding, with many in the industry concluding that it doesn’t matter if the ring leader rocking the mic is of the same gender and race time and time again.

But others are now pointing to signs that terrestrial radio’s undisputed reign may be waning, especially in a fast-changing world full of rivals like iPods, satellite radio and the ever burgeoning Internet radio outlets such as Blogtalkradio.

Kevin Ross is noted Republican who hosts The Kevin Ross Show, a conservative political show on Blog Talk Radio and blogs at Three Brothers and a Sister. This post is part of a five part series exploring the lack of diversity in radio.